EU4Environment was launched in the context of an important political momentum of the 10th anniversary of the Eastern Partnership, which showed good progress towards the “2020 Deliverables for 2020” and reinforced EU support towards environmental goals following the European elections. EU4Environment was also launched in the context of a politically dynamic environment in the EaP countries. This included the important political and institutional changes in Armenia, Georgia, Moldova and Ukraine as a result of government restructuring and/or Parliamentary elections. The Mobilisation and Inception Phase of EU4Environment (January-October 2019) showed that the Action was very timely, relevant and critically needed. By bringing together environmental and economic actors, EU4Environment will help to deliver policy and legislative changes, making planning and investment greener, stimulating the uptake of innovative technologies, adopting new business models, and creating green jobs. It will also promote better environmental governance, improved management of protected areas and forests, and sustainable trade. The scope of the Action was defined in cooperation with all partner countries. The Action builds on important achievements of past cooperation programmes, such as Greening Economies in the Eastern Neighbourhood (EaP GREEN), the Forest Law Enforcement and Governance (FLEG), and the Emerald Network, which were completed in 2017-18. It will also ensure synergies with other EU-funded initiatives (EU4Climate, EU4Business, EU4Energy, SIGMA), coordination with European Union Delegations and engagement of the civil society. 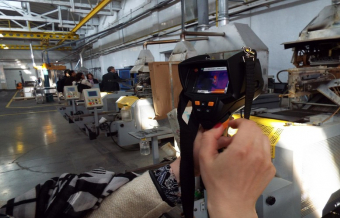